Introductory words about how I eat a lot of unhealthy snacks because that’s what’s in my snack drawer at the office and in my home cupboards. With these FitSnack boxes I’ll be reviewing, hopefully that will change. This month’s especially, I’ve had a few healthier breakfasts and mid-morning snacks.

The first item I noticed was this Tickle Water, which is a healthier alternative to the pop most people drink all the time. I’m not the biggest sparkling water fan but I thought I would give it a go, and it turned out to be pretty nice! I’ll still stick to my tea and water alternatives, but if I was ever thinking of buying pop I’d switch to something like this a lot faster now. It was cool that they included a little recipe card with it, even though that was a different flavour.

Then there were the Beanitos bean chips. I’m always looking for new chips like this that still have the evening snacking quality that I like, but in a healthier alternative and this was a good one for a couple evenings. I paired it with hummus and guacamole, and they were really good! 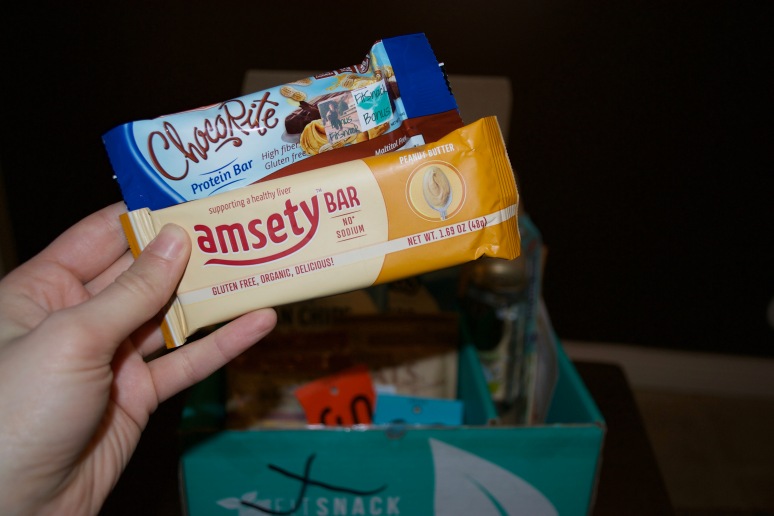 We got two protein bars in the February box. The first was a chocolate option while the second was peanut butter. Although it was a bit chewier than expected, I liked the taste of the first one quite a lot. I was excited for the Amsety peanut butter one since I’ve seen that brand in a lot of stores, but I was really disappointed. It tasted really bland and was hard as a rock. Oh well, at least one of them was pretty good.

There were also personalised vitamins, but I can’t help but wonder if they actually personalise them when you order. Vitamins have little to no regulation, so it’s generally not the item I choose to go for.

My worst item was certainly the meat stick, but that’s more because it’s not the type of item I like. I don’t really like any of those cured or dried meat options like jerky, so it just wasn’t the item for me.

Since there were two cookies, it would have been nice to have two flavour options, but I still really liked them! I’ve been considering making my own ‘breakfast cookie’ or bar somewhat like this, so it was a nice thing to try out and see what works. I wish it was a little moister but otherwise, I was pretty happy.

Oats! It’s a perfect breakfast (and I need to start eating breakfast more), so I was happy to give this a try. I wasn’t sure about the chia and quinoa as well as oats – because I’m not even the biggest oats fan – but it actually made the whole thing a lot more enjoyable. It added more texture and flavour, and that solved all my issues with oats. 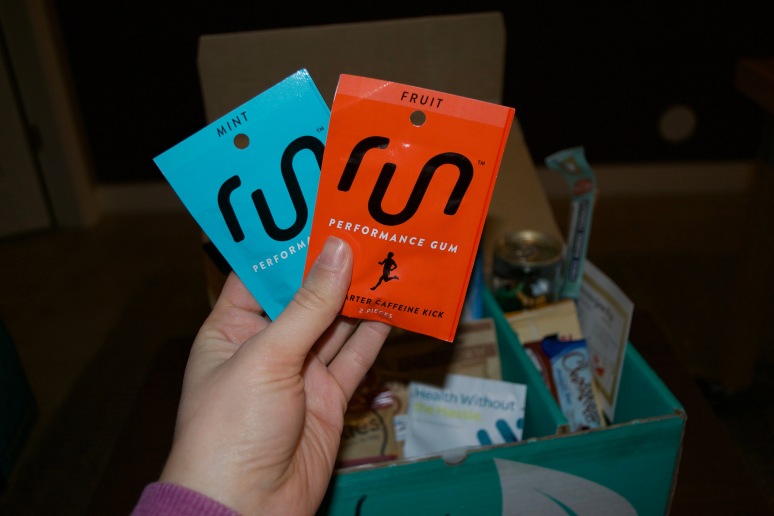 Caffeine gum wasn’t something I ever expected to find in a health food box, partly because it’s caffeine and partly because… that exists? But it was actually pretty cool. It came in mint and fruit flavours with two pieces of each. You chew one for a slight boost and both for the “full kick.”

Overall, I’d give this box a 7/10. There were a few items I wasn’t too fond of but overall I was pretty impressed with the selection of healthful choices. What I love most is that these are mostly vegan-friendly, and there were a lot of gluten free options, so it’s accessible to a lot of people. Of course, there’s a lot of nuts in here but with that serious of an allergy, I expect people would be steering clear of food boxes unless it was specialised.

If you’re interested in trying out the FitSnack box, make sure to sign up through www.FitSnack.com/weeklylove to get $3 off your purchase!