We pick up immediately where we left off last week, at the cocktail party and rose ceremony. Blake steals some extra time with Becca and they start talking about how many kids they want (he needs to calm down with 5… Jesus!) and kids names before Jordan gets gold shorts and David arrives with a black eye and gets a rose pre-ceremony. Why is Nick in a track suit? That was definitely never explained… 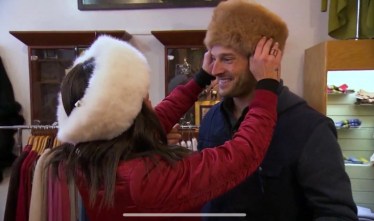 After that ceremony, we finally get this week started with some outdoorsy dates in Utah. She immediately pulls Garrett away for their first one on one and he’s giddy for their tourist/city-wandering date. They go up a ski lift and enjoy a little bobsledding adventure with some Olympic athletes.

Turns out, Garrett should be comfortable with the short timeframe of the show since he’s been divorced after a 2 month marriage… which freaks Becca out a little but but it turns out the ex was emotionally abusive. Garrett honestly seems like a sweetheart, I wouldn’t be surprised if he got the Bachelor role (even though he had that Instagram scandal)

Cut to the house and all the crazy going down this week. Lincoln things the Earth is flat and people don’t fall off because of friction? So gravity doesn’t exist and Leo is all of us because he is flabbergasted. Since we recently found out about Lincoln’s sexual assault conviction, we REALLY need him to leave.

Becca gave the ‘Golden Axe’ prize to John after winning

The men practice chopping wood before the competition 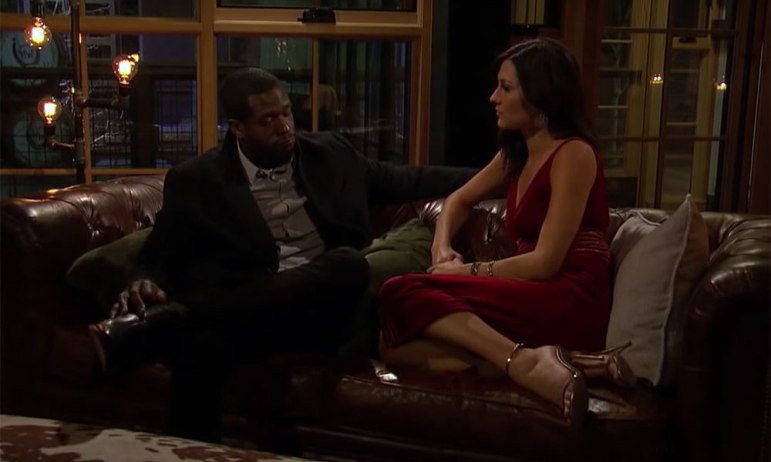 Jean Blanc and Becca have an A W K W A R D breakup.

Jordan, Chris, Blake, Nick, John, Lincoln, Leo, David, Connor, Christon, Jason, Colton, and Jean Blanc get the group date which means Wills has the one on one. This is the sexy lumberjack date we’ve all been waiting for and it seems like everyone has a really fun time. I’m actually surprised by how well everyone did and how jovial it was… until the evening.

Some of Becca’s men keep the personal, sweet connections until Jordan strips off into his golden undies and the men are rocked. Colton has lost all respect for Jordan, doesn’t think he’s here for the right reasons, and confronts him which really doesn’t end well for anyone. Forget about the Jordan/David drama, now Jordan is getting it from all sides.

But then, we get to Jean Blanc’s fragrance obsession by giving her a perfume called ‘Miss Becca Blanc’. Honestly, it’s awkward—and stealing her away to tell her he’s falling in love with her so quickly is uncomfortable. She honestly looks so rattled and then he wants the perfume back? Or wasn’t truthful about the love statement? Or something? I have no clue, Becca has no clue, I don’t even think Jean Blanc knows.

After that uneasy breakup, Becca is in a very weird mood. She tells the men everything that just went down and decides to end the night and not hand out any roses. Fair, honestly. I’m weirded out by this whole thing. 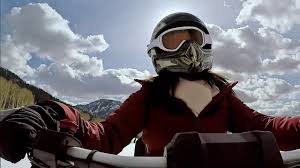 Becca is still feeling pretty off after her group date and the Jean Blanc drama, but she carries on for a snowmobiling date with Wills. It’s a pretty boring one on one, but they seem to have a pretty good time. They have a snowball fight, sit in front of a fire, and go snowmobiling. He takes her mind off the Jean Blanc drama and it feels like a pretty normal date instead of the extravagance we usually get. Unsurprisingly, sharing vulnerabilities of being cheated on got Wills the date rose.

All the men are gearing up for a rose ceremony since Becca had a troubled time on the group date but of course… this is the week she cancels the cocktail party. Cue all the men freaking the F out.

Next week, we travel to Vegas and some extravagant dates. Get ready for Wayne Newton and the two on one we’ve all been waiting for (I guess). And for those of you playing our Fantasy League, check out how this episode has changed the points on our spreadsheet!