Becca is in Richmond, Virginia for a week of dates and drama. But first, she has to sit down with Chris Harrison to discuss how much she wants babies or something. He’s really earning his money this episode, getting involved three times instead of the usual one at the rose ceremony.

Jason gets the first one on one of the week but before his date can begin, we have to start that annoying Chris drama. He needs redemption, would rather have a 2 on 1 than a group date, and ends up getting into a weird feud with Lincoln… why?

So Jason and Becca get to explore Richmond, including seeing churches, making doughnuts, and kissing in a coffin. They go to an ‘unhappy hour’ thing and Jason proves his flexibility by almost doing the splits before heading to a bar. Becca/the producers were able to get a bunch of Jason’s friends to surprise him in the bar which was pretty cute and makes it seem like Jason’s the frontrunner I hadn’t expected. He opens up in the evening, after being reinvigorated by his friends, about an experience with his dad and grandma that provided the inspiration to really live every day with the people that you love. How sweet.

In a shocking turn of events, Becca reciprocates the emotional reveal by talking more about her father’s passing and really bonding with Jason. I hear wedding bells? A rose, at least. 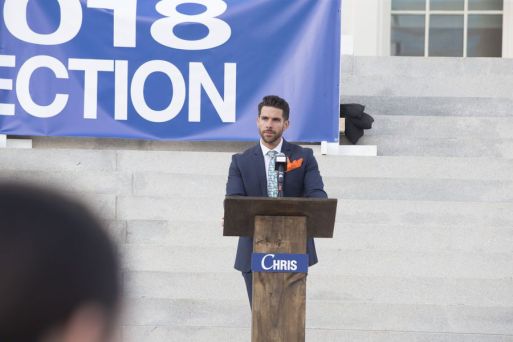 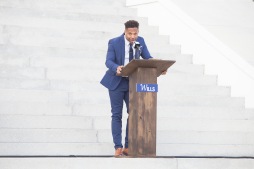 THE BACHELORETTE – “Episode 1406” – Richmond, Virginia, whose past is inextricably connected to AmericaÕs rich history, is the backdrop for a defining week in BeccaÕs journey. Jason and BeccaÕs date takes the couple on a trolley tour around town, but the day ends on a stunning emotional note. Seven men pay homage to Virginia, one of the cradles of democracy, as they take a history quiz and then participate in the “Beccalection 2018” debate. Leo and Becca take a spectacular aerial tour of the state and try their skill at shucking oysters. Australian country superstar Morgan Evans caps off the night with a special performance. One bachelor mounts a shocking late-night surprise which may decide his fate with Becca. Which men will be on the right side of history? Find out on “The Bachelorette,” MONDAY, JULY 2 (8:00-10:01 p.m. EDT), on The ABC Television Network. (ABC/Paul Hebert) WILLS 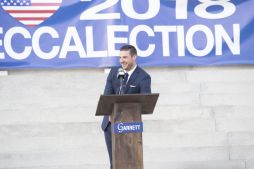 Colton, Garrett, Wills, Connor, Blake, Lincoln, and Chris get the next date which means there’s a lot of additional drama. UGH. Richmond is a pretty historical city so they pop into the Capitol for some silly American-history fun. They do some school-boy quiz thing, but we don’t actually get to see any of that, the boys draft up opening and closing statements for a debate to prove they’re the best candidate for Becca’s love, and then they’re into the debate. We only got to see a couple questions from that actual debate, which is a real shame. The quiz and everything would have been a lot of fun but instead, we had to deal with the Chris drama…

So Chris apparently despises Lincoln all of a sudden and turns the entire debate into a venue to air his grievances. No one needs this and it just ruins Becca’s evening. Lincoln then ‘opens up’ about how all the guys feel threatened by Chris because apparently, he’s verbally abusive? Connor is so intimidated he apparently wants to bunk in a different room. Becca gets pretty angry when confronting Chris about everything Lincoln said, and he passed that right back to the rest of the guys when he confronts them and they all defer a little. Was Lincoln lying?

In the end, she spends some good time with all the other guys and ends up giving the rose to Colton… presumably because she kissed him against a window? 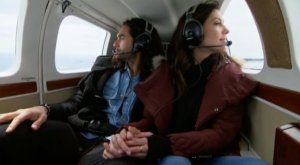 Leo gets his first one on one for the week and is really pumped for it. I’m so happy for a little Leo time, we’ve had such a small amount of time with him so far but I’ve loved his puppy-dog exuberance. They take a little plane before Becca opens up about the Chris and Lincoln drama.

Leo was honestly the sweetest, letting her open up about those frustrations before going oyster shucking. We’re getting such a sweet, sensitive Leo and I’m having such a wonderful time with this date. He’s caring, introspective, and understanding of his faults. Aww, Leo baby… he’s really winning over Becca on this date.

When Leo comes back from his wonderful date, Chris immediately heads out on a mission—to go see Becca and express his feelings. You know how to tell if your argument is weak? When you’re most concerned about the other guy’s egg intake and cholesterol levels. I did an actual spit take, and it seems like Becca is absolutely uninterested in Chris by this point. In the end, she sends him home and he’s pretty salty.

Next week, we’re off to the Bahamas, so get ready for boats, horses, and lots of beautiful paradise shots. Plus, if you’re following our Fantasy League pool then check out the updates here.